Posted at 08:21h in Blog by Christopher Wilsher
0 Likes

“The Killers” is a Nick Adams story. Adams, a fictional stand in for Hemingway, appeared in many of Hemingway’s early stories. The stories usually involve a brief single incident where Adams, usually a teenager, learns an important life lesson that involves one or more of the aspects of the Hemingway Code (courage, honesty, sacrifice, stoicism). A central part of the code is that the world is not a nice place and good people don’t always prevail but you should still always do the right thing even if it seems pointless.

In “The Killers” Nick is working in a diner. Two men enter the diner and go quickly from being obnoxious to insulting to threatening. They reveal that they are looking for a man named Ole Andreson, who they understand eats dinner at the every night. They intend to kill him. Nick and the other persons realize that their lives are now in danger since they can identify the men. One of the employees asks, “All right. What you going to do with us afterward?” One of the killers responds, “That’ll depend. That’s one of those things you never know at the time.”

Andreson doesn’t show up, the hit men leave, and nobody is killed. One of the hit men tells Nick, “You’re lucky.”

So far, you have an interesting story, well told, about how luck can control our fates. But then it gets more interesting. Nick decides to tell Andreson that the men are looking for him. The other employees tell him not to; it’s best not to get involved. 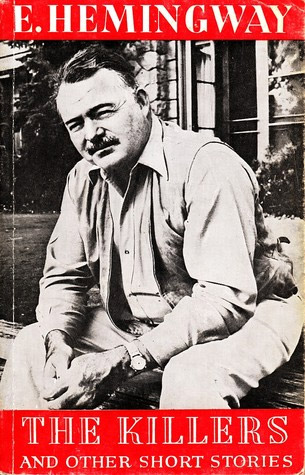 But Nick tells Andreson, who, we learn, was a former heavyweight prize fighter. Andreson says he knows the men are looking for him but there’s nothing he can do about it. Going to the police won’t help and trying to make a run for it won’t be successful; instead, he’s going to stay in his room in the boarding house until death, in the form of the killers, shows up. Andreson is a prototypical noir character; he made a bad decision sometime in the past (the implication is that he was paid to throw a fight but didn’t) and now he’s trapped.

The story was made into two excellent film noirs, first in 1946 by Robert Siodmak and then in 1964 by Don Siegel.