Posted at 01:55h in Blog by Christopher Wilsher
0 Likes

German Expressionism played the major role in the look of Hollywood’s noir films of the Forties and Fifties. The look of noir–rain-slicked streets, urban landscapes, and shadowy rooms and corridors–was straight out of the German Expressionist films of the Twenties. Also, straight out of those films were the tilted cameras, low angle shots, and shots in mirrors, which distorted space and suggested a world out of kilter; low key lighting with its shadows that suggested lurking unknown and hidden dangers; and extreme close ups that conveyed a message of extreme emotion even bordering mental instability.

These techniques worked perfectly for Film Noir, which concentrated on a seamy urban underbelly—thieves, murderers, prostitutes, unfaithful wives, crooked cops, crooked lawyers, crooked judges—that contrasted strongly with the optimistic and conformist zeitgeist of post-war America. The other great Hollywood cinematic art form of the Forties and Fifties, the western, had a totally different take on the USA. The western was the American creation myth which showed how a great civilization came to be born out of a wilderness. The traditional western had forces for evil: wilderness, savages, and outlaws. But it also had forces for good: family, church, community, law and order. Good always prevailed over evil in the traditional western (High Noon where the conventions of law-and-order and community were called into question, being an early example of a non-traditional western).

Film Noir turned the forces for good on their head. Families featured conniving wives and weak or clueless husbands (Double Indemnity The Postman Always Rings Twice The Lady from Shanghai). Community was non-existent; it was every man—and woman—for himself in the urban jungle. And law and order was a joke as the main characters were often criminals (The Asphalt Jungle, The Killers Gun Crazy) and the cops were just as crooked (Touch of Evil The Prowler), not to mention the lawyers (Force of Evil). 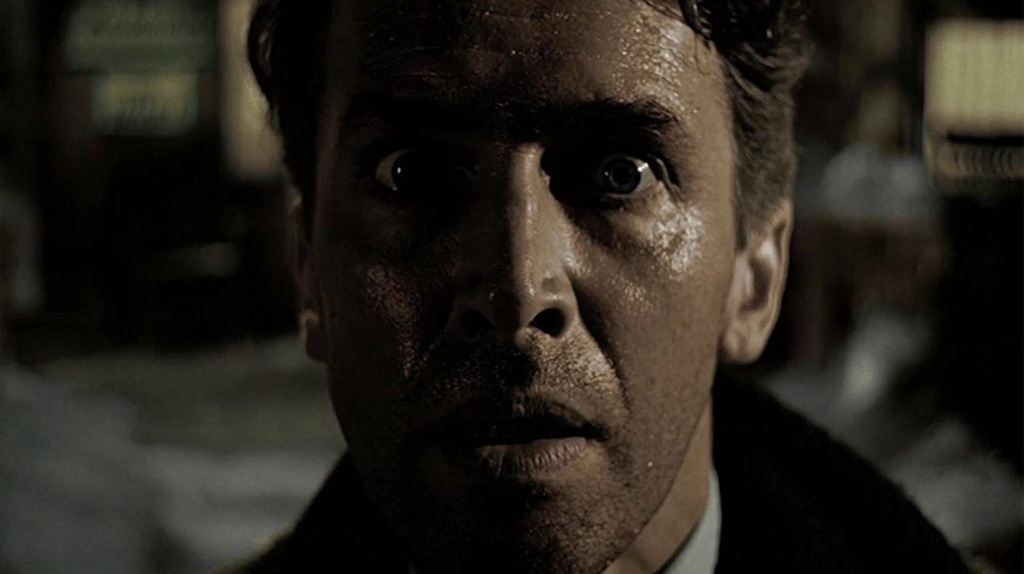 Frank Capra’s It’s A Wonderful Life brings the two halves together. One half is Bedford Falls, a delightfully rural small town full of quirky, but mostly virtuous, characters. The most virtuous of all is George Bailey, the President of the Savings and Loan. The least virtuous is Old Man Potter who is essentially evil and dead set on taking over the Savings and Loan. George Bailey get accused (falsely) of stealing money from the Savings and Loan. Bailey contemplates suicide and then sees what life in Bedford Falls would be like without him. First of all, it wouldn’t be Bedford Falls but Pottersville (a play on Potters Field, the traditional name for a cemetery for paupers and strangers), a town of disrepute, of police sirens, speakeasies, gin mills and floozies. This sequence is shot in pitch-perfect film noir complete with plenty of neon and rain-slicked streets. The kindly folk of Bedford Falls have been replaced with bitter, selfish individuals out only for themselves. As with all noir protagonists, George Bailey experienced the ugly, vulgar, criminal underworld that exists just under surface reality. Unlike the typical noir protagonist, he survived, his life intact.

Capra, in 1946, seemed to be asking, was Post-War America going to be a virtuous community like Bedford Falls, or an ugly nightmare like Pottersville?

The noir directors, meanwhile, had already made up their minds.