09 May The Social Origins of Noir

Posted at 23:49h in Blog by Christopher Wilsher
0 Likes 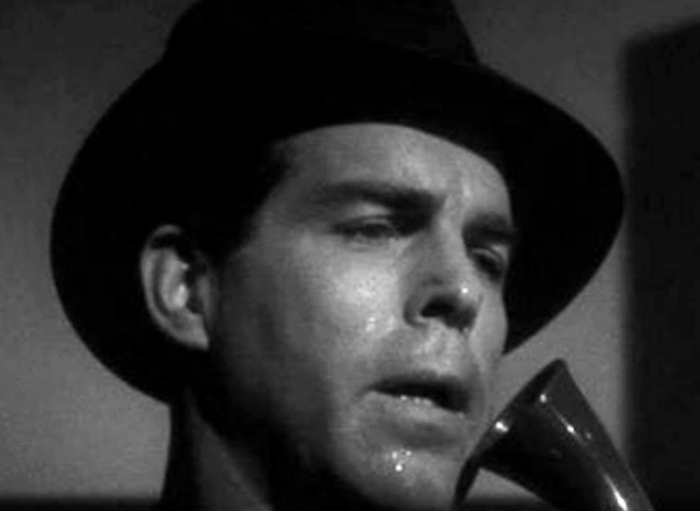 One of my pet peeves are film critics who assign the origins of film noir to “McCarthyism and fear of the A-bomb.”

You see this stuff all the time (people have even written whole books with this theme) and it is simply wrong.

First, “Fifties paranoia and fear of the A-bomb” doesn’t appear explicitly in any noir movies, not even “Kiss Me Deadly” where the atomic device is a mere McGuffin (plot device).

The response would be that although these themes aren’t explicitly referenced, they “influence” the movies.

This idea is so nebulous as to be worthless. It also doesn’t measure up to the facts. The first true noir films, “Scarlet Street,” “Double Indemnity,” and “Laura” were all produced in 1944. This is a year (or more) before Hiroshima, three years before HUAC, and five years before the USSR detonated its first A-bomb. Noir was fading as a genre by the mid-Fifties but this was the golden age (if you can use that expression) of Joe McCarthy, the Hollywood blacklist, and anti-communism. The peak of America’s nuclear fears was 1962 during the Cuban Missile Crisis and noir was dead in the water by then as both a literary and film genre.

So, if noir wasn’t a result of the A-bomb and Joe McCarthy, what was the cause?

The social upheaval brought on by World War II and its aftermath.

WWII accelerated the changes that had started earlier in the 20th Century. At the turn of the century agriculture was still the number one industry in the US, but manufacturing was starting to catch up. As a result, there was a great migration from rural areas to the city. For generations, the main social framework had been the small town and its constituent parts—church, community, family. People derived their identities from doing what the parents and grandparents had done. But in the cities these support mechanisms didn’t exist—in the big city nobody knew your name.

At the same time, there was a surge in the divorce rate. Women who had gone to work in industry during the war found that they could earn their own living.

So, following the war you had a breakdown in the pillars of society. You also had sixteen million men returning from war, many of them undoubtedly suffering from post-traumatic stress disorder.

These societal problems are reflected in noir themes and motifs. The male protagonist is usually cut off from social connections. He’s unmarried, childless and often friendless. If he has friends, he only knows them through work, like Walter Neff in “Double Indemnity” and Christopher Cross in “Scarlet Street.” He’s often rootless or from another place, such as Harry Lime in “The Third Man,” Joe Gillis in “Sunset Boulevard,” and Chuck Tatum in “Ace in The Hole.”

In 1950 (arguably the peak year for noir) a groundbreaking work by Harvard psychologist David Riesman was published, “The Lonely Crowd.” Riesman argued that there were three ways that persons could establish their identity. First, through tradition. A person derived their identity through long held norms. This kind of person was likely to do poorly in modern society (Riesman believed) because norms were changing so quickly.

A second kind of person is what Riesman called “inner directed.” He derived his identity through a set of beliefs that he had formed over his lifetime and acted according to those beliefs rather than traditional norms (this isn’t necessarily the “best” way to behave—you could say that Charlie Manson was inner-directed).

The third type of person was an invention of the mass consumption society—the other directed. The other directed lived according to what he saw other people do. If other people brought a certain kind of cereal, then he would buy that cereal. Because this “other directed” person defined himself by what other persons made, consumed, and believed he didn’t form a sense of self.

The typical noir protagonist is “other-directed.” He’s easily influenced by what other people want or need and, hence, easily manipulated.

In 1951, another sociologist, C. Wright Mills released a book entitled “White Collar: The American Middle Classes” in which he posited that America was becoming a nation of service workers (almost all noir protagonists are service workers: salesmen, writers, journalists, accountants, detectives etc.). He also argued that the norms of service workers were transience and alienation.

“The personality market, the most decisive effect and symptom of the great salesroom, underlies the all pervasive distrust and self-alienation so characteristic of metropolitan people. Without common values and mutual trust, the cash nexus that links one man to another in transient contact has been made subtle in a dozen ways, and made to bite deeper into all areas of life and relations People are required by the salesman ethic and convention to pretend interest in others in order to manipulate them…Men are estranged from one another as each secretly tries to make an instrument of the other, and in time a full circle is made: one makes an instrument of himself and is estranged from it also.”

That pretty much sums up noir.